Let's use this thread to post any pics related to Astronomy.

The universe at a very large scale according to an informatic modelisation based on the data we have :

A pic of our galaxy, Mily Way: 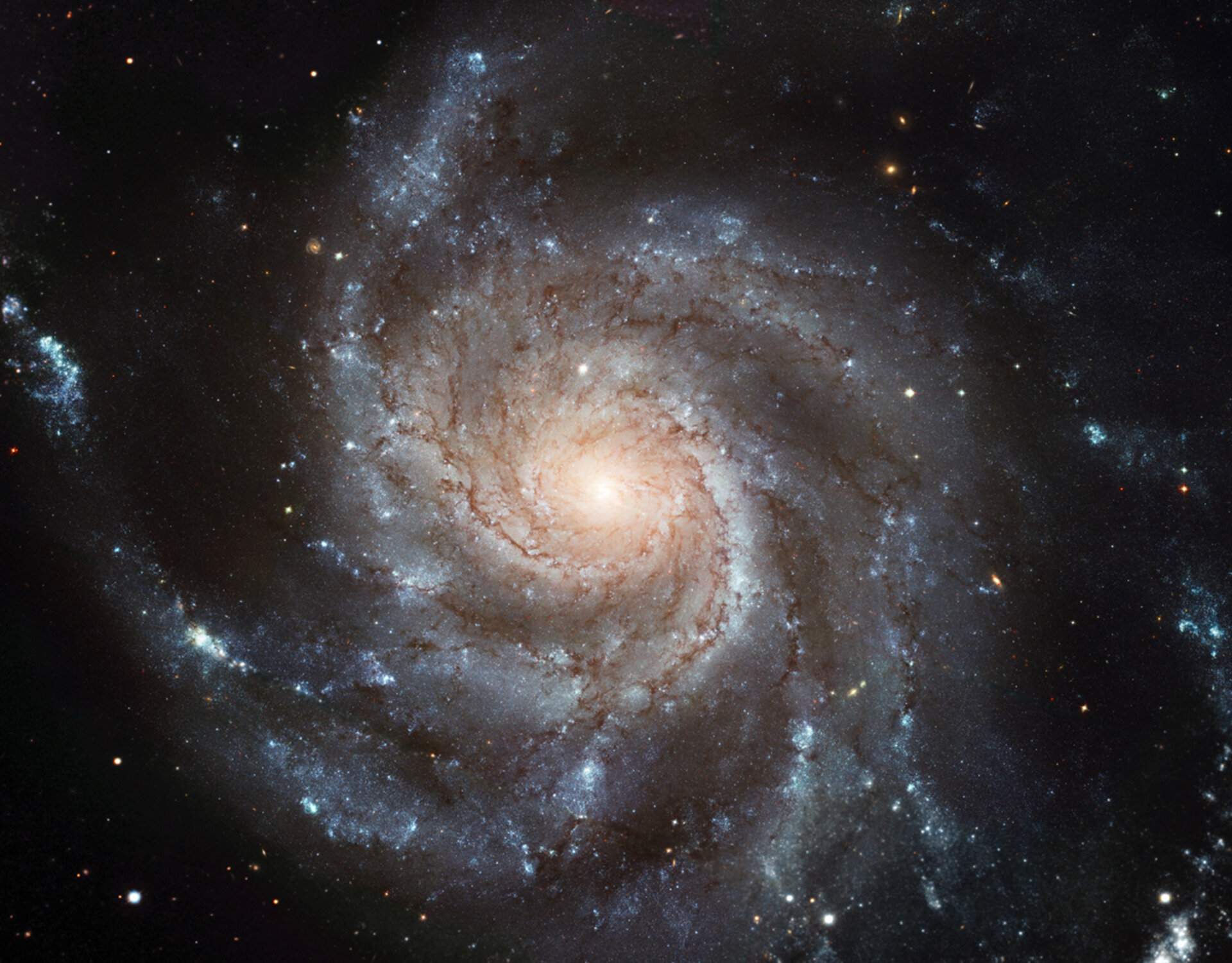 Rare 'great conjunction' of Jupiter and Saturn wows skywatchers around the world
By Doris Elin Urrutia 2 days ago
It was a sight not seen since 1623!
Click here for more Space.com videos...

Many people have been eagerly awaiting Monday (Dec. 21) to arrive for several reasons. For one, Monday was the last solstice of 2020. This means people in the Northern Hemisphere experienced the first day of winter, and the summer solstice arrived in the Southern Hemisphere. Second, the two largest planets of the solar system appeared in a rare "great conjunction" that same night, capturing the attention of people across the world.

Saturn and Jupiter are hundreds of millions of miles apart. However on Monday they formed a line through space with Earth, which caused the two gas giants to appear very close to one another in the evening sky shortly after sunset.
Observatories and skywatching enthusiasts across the world have been keenly watching this conjunction because of its rarity. Saturn and Jupiter meet in Earth's sky about once every 20 years, and some years they appear closer to each other than in other years.
NASA officials said in a Dec. 2 skywatching video that both planets were expected to appear separated by less than a dime's thickness held at arm's length apart, or one-tenth of a degree. This proximity in the sky hasn't happened in about 400 years, and it hasn't been visible in the evening sky (when the sunlight doesn't obstruct viewing) in about 800 years.
Related: What was the Star of Bethlehem?

Jupiter and Saturn converge above a windmill in Brill, England, during the "great conjunction" on Dec. 21, 2020. (Image credit: Jim Dyson/Getty Images)

Jupiter and Saturn form a "Christmas Star" on Dec. 21, 2020, in this photo taken from Ko Lipe island in Thailand. (Image credit: Mladen Antonov/AFP via Getty Images)

A view of the "great conjunction" of Jupiter and Saturn, on Dec. 21, 2020, as seen from Burnsville, North Carolina. (Image credit: Peter Zay/Anadolu Agency via Getty Images)

Jupiter (left) and Saturn (right) are seen after sunset above Jordan Lake during the "great conjunction" on Dec. 21, 2020, in Washington, D.C. (Image credit: Aubrey Gemignani/NASA)

Officials from northern UNESCO World Heritage sites like the Neolithic Passage Tomb of Newgrange in Ireland and Stonehenge in England broadcast live streams today, because these structures were built with the solstices in mind.

The Newgrange site, for instance, has a passage and chamber that are aligned with the rising sun on the mornings around the winter solstice. Cloudy weather obscured sunrise viewing this year, but the presentations were nevertheless informative.


There were several webcasts created for the great conjunction. The celestial streaming service Slooh held a live webcast of Monday's great conjunction, hosted by Slooh astronomer Paul Cox. As Slooh shared views of the conjunction via several Slooh-partner telescopes across the world, Cox shared his feelings on how incredible it was to see two cosmic objects so close to one another.
"We often see a comet when it's passing a globular cluster or a deep sky object, like a galaxy or nebula or something like that … but to see these two together is such a rare event," he said.

A telescopic view of the "great conjunction" of Jupiter (left) and Saturn (right) on Dec. 21, 2020, as seen from Burnsville, North Carolina. (Image credit: Peter Zay/Anadolu Agency via Getty Images)
Astrophysicist Gianluca Masi, founder of the Virtual Telescope Project, broadcast views of the great conjunction from his rooftop in Rome, Italy. In his webcast for the Virtual Telescope Project, he pointed out that three of the Galilean moons — Callisto, Ganymede and Io — were visible to the left of Jupiter, and Europa could be seen on the right.
The Astronomical Observatory University District in Bogota, Colombia held a livestream about the great conjunction in which they connected with other universities in the country. They began their presentation by talking about the indigenous cultures who built structures to mark the solstice. The webcast also featured some live views from different telescopes. The nation's proximity to the equator meant that their sunset and their window of time to view the conjunction occurred later in the day than it did for North American observatories.
In China, state media outlet Xinhua streamed views of the conjunction from Beijing.

The 2020 great conjunction was a rare treat, but the view of Saturn and Jupiter in the sky will be even better in 60 years, according to Bob Berman, Slooh astronomer.