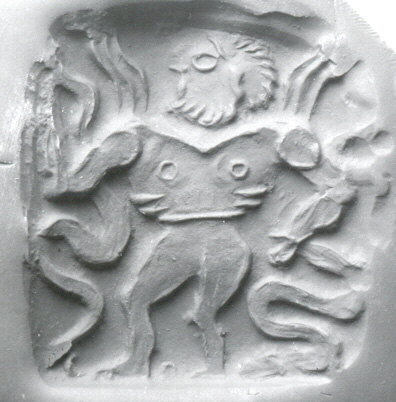 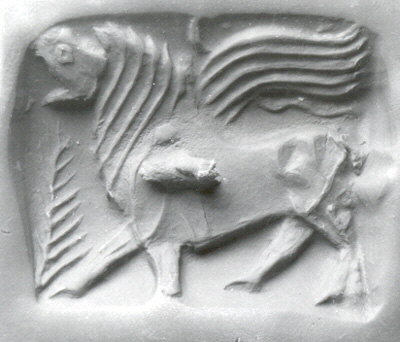 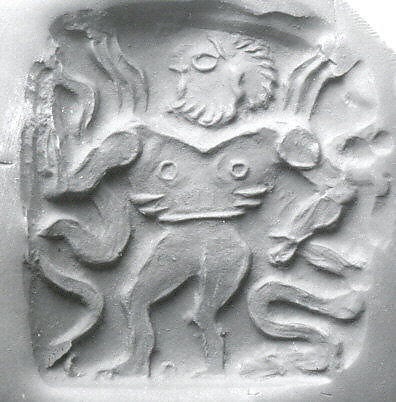 This is a blog about Old European Culture.

True Aryans from Kurdistan who migrated into the BMAC horizon brought their (Solar) religion with them. People of the Upper Mesopotamia had already Solar deities since the Neolithic era.
Sky and Solar Gods were very important in BMAC. BMAC is very old and linked to the ancient Kurdistan/Upper Mesopotamia and predates any Iranic culture in the Steppes.

Even today, the Ezdi Kurds refer to their God with 'Xode Shems'. 'Shems' is a Sumerian (and later Akkadian) word for the Sun.
G

BMAC has been considered to be Eastern Aryan (Eastern Iranic), because it had Aryan art (pottery styles) similar to the Iranian Plateau and Kurgans with horses in it.


This is a seal from BMAC with 'Bird-Headed Man with Snakes'. Many Upper Mesopotamian seals have same pattern. Bird-Headed people with snakes. Think of the ancient Annunaki Lizard people from the ancient Sumeria 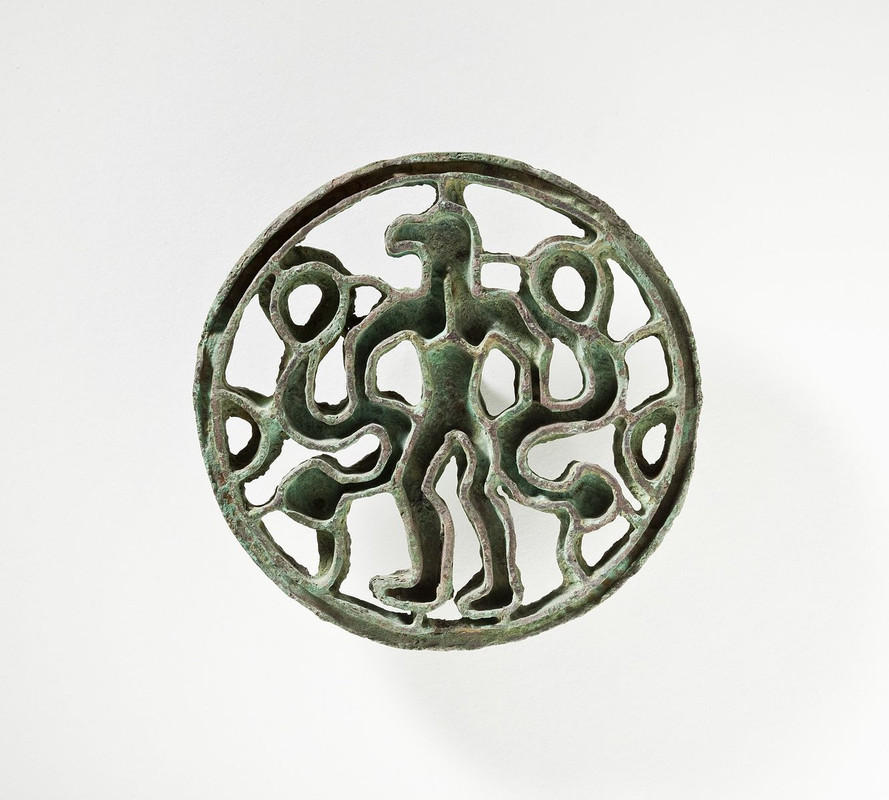 It is because of the 'Arsenical bronze' proto-Indo-Europeans and later-proto-Iranians from the Northern West Asia could invade many regions in the Steppes and the Levant.

Aryan 'super weapons' in the Middle East were made by the Arsenical bronze and later by Iron. Aryans mastered metallurgy and because of it they dominated the Middle East for thousands of years.

Unlike what many people believe, horses and chariots were useless in the Aryan heartland of the Upper Mesopotamia, because you can't really make advantage of the horses in the mountains (Zagros).
Aryans made use of horses (and war charriots) only against the Semitic people around the Levant area.

Even to this day the modern tanks are useless in the Kurdish kurdistan mountains.
G

Mister BMAC himself Viktor Sarianidi was right after all when he called out BMAC to be proto-Indo-Aryan. The INVASION of India took place from the BMAC area after BMAC Aryans mixed with the non-Aryan Andronovo people and tried to expand their territories in the South.

As you can see here Early Iranian Pastoralist (people who were already mixed between Andronovo Horizon people and BMAC/Iran_ChL), same people (Eastern Iranians) who later invaded India are clustering between BMAC and Andronovo. 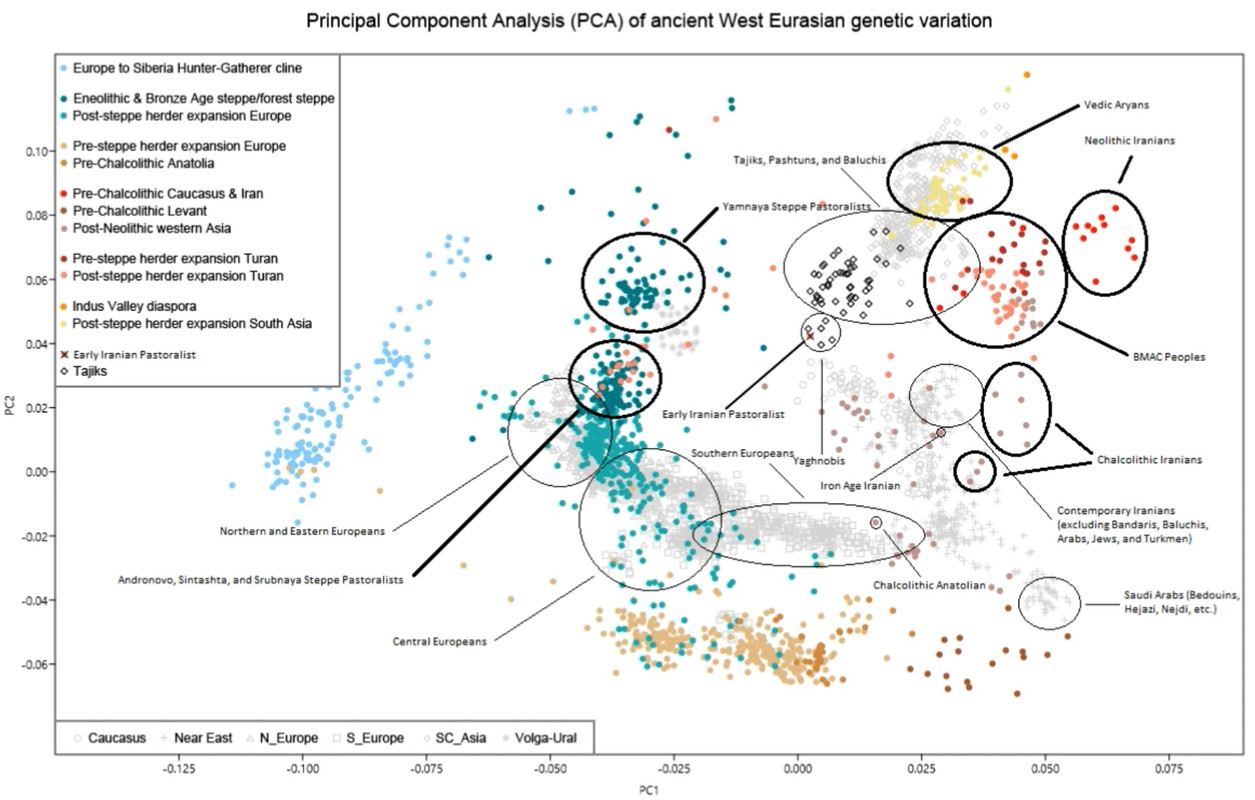 So the high advanced Aryan BMAC ELITE used much more primitive folks from Andronovo Horizon as foot soldiers against the Hindus. Andronovo people NEVER spoke any form of Iranic before BMAC folks moved up to north. Later that BMAC elite mixed with the Andronovo people and transformed into Eastern Iranic speaking Scythians.

From a recent study we have got now a genetic evidence that the Aryan BMAC folks migrated into the Andronovo Horizon and mixed with the much more primitive people there before they invaded India. 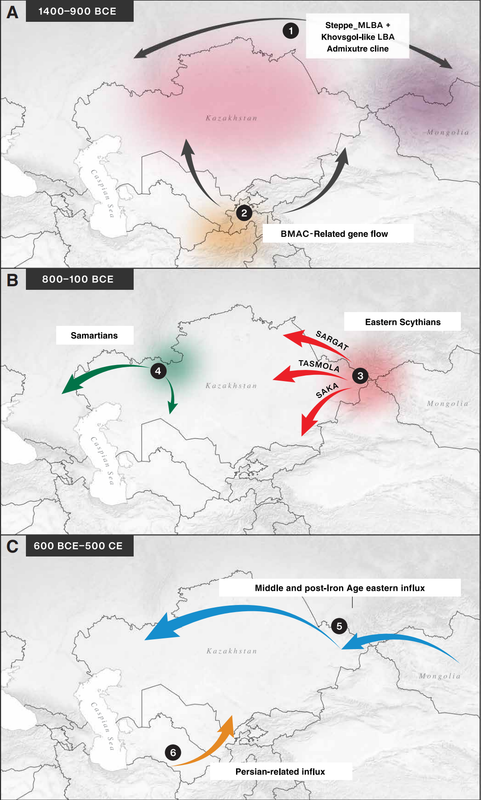