The ancestors of the people who built Stonehenge travelled west across the Mediterranean before reaching Britain, a study has shown.
Researchers compared DNA extracted from Neolithic human remains found across Britain with that of people alive at the same time in Europe.

The Neolithic inhabitants were descended from populations originating in Anatolia (modern Turkey) that moved to Iberia before heading north.
They reached Britain in about 4,000BC.

Details have been published in the journal Nature Ecology & Evolution.

The migration to Britain was just one part of a general, massive expansion of people out of Anatolia in 6,000BC that introduced farming to Europe.

Before that, Europe was populated by small, travelling groups which hunted animals and gathered wild plants and shellfish.

One group of early farmers followed the river Danube up into Central Europe, but another group travelled west across the Mediterranean.
DNA reveals that Neolithic Britons were largely descended from groups who took the Mediterranean route, either hugging the coast or hopping from island-to-island on boats.

Some British groups had a minor amount of ancestry from groups that followed the Danube route. 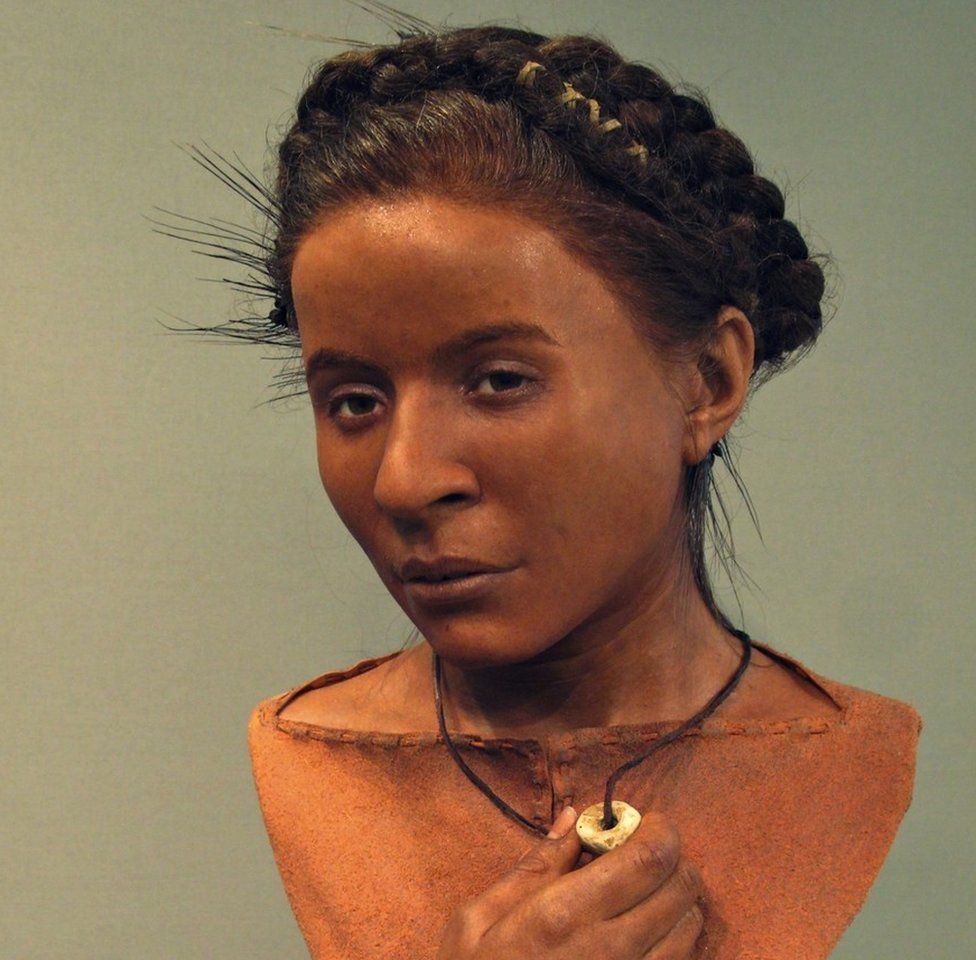 ^^ A facial reconstruction of Whitehawk Woman, a 5,600-year-old Neolithic woman from Sussex. The reconstruction is on show at the Royal Pavilion & Museum in Brighton.
...
Click to expand...