Which Y-DNA haplogroups are according to you guys were proto-Aryan (NorthWestern Iranic)?

Kurds are the most ultimate NorthernWest Iranic people and Kurdistan is the very same ancestral homeland of the ancient NorthernWest proto-NorthWestern Iranic Gutian/Kassites people. The Gutians were the founding fathers of the Aryans who came later and defeated the Semites (Akkadians/Assyrians) in the Mesopotamia and Babylon. Their native homeland was located in Kurdistan/Gutium. Those Aryans (NorthWestern Iranic people) were divided into some Aryan tribes who later were known as the Sagartian (Asagarta), the Medes, the Vitii, the Carduchi and others who were later unified under the Medes and became known as the Medes themselves.

Few years ago a study was done on Ezdi Kurds from Ezdixan (Shexan and Shengal). And these are the results.

As you can see, the Y-DNA of the Ezdi Kurds is a little bit different from other Kurds. It is possible that is because cause due to a bottle effect, because Ezdi Kurds are just a small part of the greater Kurdish race.
The auDNA of Ezdi Kurds is identical to a Kurdish average, so we Ezdi Kurds are ethnic Kurds and nothing else.

Since ancient Aryans dominated the Northern West Asia/Upper Mesopotamia for thousands of years, I'm sure that there was a some kind Aryan gene flow into other local non-Iranic people such as the Armenians and the Semitic Assyrians.

Personally I do belong to an ancient native R1a*. The homeland of my R1a* has always been Kurdistan. Although I am sure that the origin of R1a* is in Kurdistan, most of R1a-Z94 in Kurdistan arrived with the Scythians and other 'Eastern' people from SouthCentral Asia.

The reason why Kurds have more R1a than their neighbours is because there was some Saka/Scythian migration into Kurdistan. It is most likely that those Scythians imported R1a into Kurdistan and that it has nothing to do with the proto-Aryans (Northern West Iranic people).

So, my conclusion is that the ancient Aryans (Gutians/Medes) of the Upper Mesopotamia belonged most likely to the similar Y-DNA haplogorups as the Ezdi Kurds and the BMAC people.


Proto-Upper Mesopotamian Aryans were predominately J2a, G2a, R1b and L with some minor haplogroups such as J1, E1b1, T and R1a*.
G

It is the R1b and J2a that connects Aryans to other Indo-Europeans such as Armenians, Greeks and Hittites in the so called greater Graeco-Anatolian-Aryan family group.
R1b was also a second (2nd) stage proto-Indo-European haplogroup that was found in Yamnaya.

R1a-Z93 has nothing to do with the proto-Indo-Europeans or even proto-Aryans. R1a-Z93 was just widely spread in Central Asia much, much later by the people such as the Scythians.
G

I have always known that Aryans in Kurdistan are as old as the stars in our heaven.

When Salmannaser I fought the Mitanni, he called them the GUTIANS. And the very same Gutians were the ancestors of the Aryan Medes.

The Gutians are very ancient people and most likely closely related to the ancient Ubaid Sumerians who live in Upper Mesopotamia. So, I am almost certain that Ubaid Somerians were Gutians from Zagros who migrated into the Upper Mesopotamia and found an Aryan civilization in Kurdistan

some earliest traces of the Aryan: evidence from the 4th and 3rd millennium B.C.

Some Earliest Traces of the Aryan: Evidence from the 4th and 3rd Millennium B.C. on JSTOR

99% without any source references, and the final 1% includes a doubtful reference to a well known marionette of the totalitarian 'iranian' dictatorship.
G

source reference of what? If you want a source where I got the Ezdi Y-DNA, then it is from this study. It is not even done by Kurds, but by our enemies such as Turkmen and Arabs: A glimpse at the intricate mosaic of ethnicities from Mesopotamia: Paternal lineages of the Northern Iraqi Arabs, Kurds, Syriacs, Turkmens and Yazidis

Widely considered as one of the cradles of human civilization, Mesopotamia is largely situated in the Republic of Iraq, which is also the birthplace of the Sumerian, Akkadian, Assyrian and Babylonian civilizations. These lands were subsequently ruled by the Persians, Greeks, Romans, Arabs...


Btw, I would rather believe Iranian sources than Semitic Jewish source that spread only lies about the 'Aryans'. Semitic Jews are still suffering from the Holocaust and it is one of the biggest reasons why they spread disinformation about the Aryans.
Or some Polish 'wannabe Aryan retard'..


I hope soon Kurds can do their own studies on their DNA so we will be 100% sure about it and not dependent on 'others'. The others lie a lot about the Kurds. But no matter what fact on the ground will never change. Our Aryan DNA is there and Kurdish is a true Aryan (NortherWest Iranic) language.
Last edited: Tuesday at 11:44 PM
G

Btw, going back to the Sumerians. It is not possible that Early Sumerians were similar to the Late Sumerians.

Upper Mesopotamia was Aryanized by the Ubaid Sumerians around 7000BC, while Uruk period started 4100BC.

Ubaid Sumerians were Aryan (Iranic related to the Iranian Plateau), while the Uruk Sumerians lived in the Southern Mesopotamia where is now Iraq in the south and homeland of the Shia Arabs.


So, Mesopotamia was first Aryanized by the Aryans from the Zagros Mountains around 7000BC. Those Aryan farmers brought the first human civilization to Mesopotamia. It is after the Ubaid period when Mesopotamia started to flourish and became great and centre of the world. Later, Aryan Mesopotamia was slowly replaced by the Semitic kind of Uruk Sumerians from the South.


even this Swedish professor agrees with me : https://rootsofeurope.ku.dk/english/calendar/archive_2009/euphratic/
G 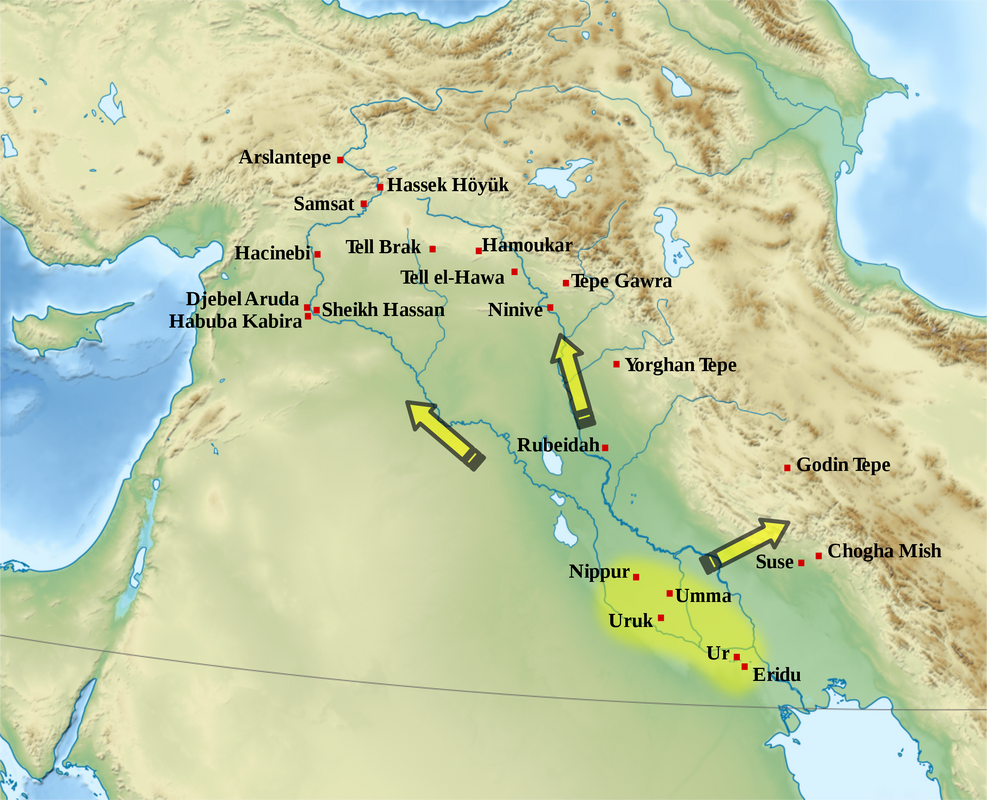 But before Uruk, Upper Mesopotamia was Aryan and populated by the Ubaid/Gutian type of people.
D

Guti said:
Btw, I would rather believe Iranian sources than Semitic Jewish source that spread only lies about the 'Aryans'.
Click to expand...

Jewish scholars belong to the very best of their disciplines. You can't compare them to a paid storyteller of a totalitarian 3rd world dictatorship suppressing the iranian people and iranian scientists!
G

Jewish scholars belong to the very best of their disciplines. You can't compare them to a paid storyteller of a totalitarian 3rd world dictatorship suppressing the iranian people and iranian scientists!
Click to expand...

Jews HATE Iran. They try everything that others would attack Iran. Netanyahu even created ISIS/Daesh to defeat Iran. Every time when they find an opportunity Jews spread lies and propaganda on Iran and the Iranian people.

Nobody should trust the Jews if it is concerned Iran or the people of Iran. Or even the Kurds. All the Jews do is to promota their Semitic propagnada and try to make the whole world look Semitic.

Btw, the Iranian government is anti-Persian. All they try to do is do destroy the Persian identity of Ira and promote the Islamic identity of Iran. Most recent studies on DNA that came from Iran are mostly written by the Turkic Azari/Turkmen people who are spreading anti-Indo-European propanganda in Persia!
G

I started to dislike the Jews when they helped Daesh/Isis Islamic terrorists who committed a genocide on my people (Ezdis) in Shengal. I will never forgive the Semitic Jews about that.